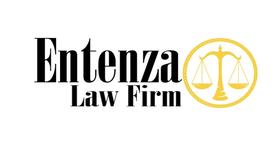 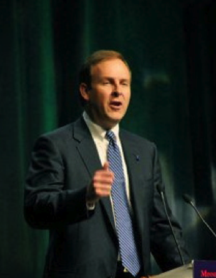 Matt Entenza is an attorney in private practice at the Entenza Law Firm where he specializes in nonprofit, business, and personal injury law. ​Matt Entenza grew up in Worthington, MN. It was in Worthington where Matt met a local judge who became a trusted mentor and showed him the law could be used to promote equality and social justice. Matt graduated from Worthington Senior High School and won a scholarship to Augustana College in Sioux Falls, S.D., with an eye toward eventually going to law school. After his sophomore year, he transferred to Macalester College in St. Paul and was elected student body president. He received a degree in environmental studies with honors.

After graduating, Matt worked for former Minnesota Governor Elmer Anderson and his son Tony at the H.B. Fuller Foundation. Matt left the Foundation in 1984 after being recruited to work on the Nuclear Weapons Freeze Campaign by a Carleton College professor named Paul Wellstone.

After graduating from The University of Minnesota Law School with honors, Matt took a position at the Minnesota Attorney General's office. He became an assistant attorney general in the charities division. He successfully sued two Texas ministers who had stolen money from families with children in need of organ transplants, and he exposed a sham charity that was pocketing donations meant for local law enforcement. Following the attorney general's office, Matt went to the Hennepin County Attorney's office, where he served as an assistant Hennepin County attorney prosecuting white-collar crime. Matt was elected to the Minnesota Legislature in 1994 representing the Macalester-Groveland area of St. Paul.

​In 2001, Matt went in to private legal practice and founded his own firm representing individuals, nonprofits and businesses.  Matt’s background as a prosecutor and lawmaker gives him great insight into how to help people with their legal needs.

During his time in the legislature, he helped pass many of the consumer protection laws currently on the books. He also authored a report that revealed waste and abuse of taxpayer funds by several charter schools in Minnesota, and a subsequent law Matt passed created more accountability for charter schools, creating a better environment for charter schools to do what they do best, educate children.

By 2003 Matt’s colleagues chose him to be House DFL leader. It was during this time Matt fought the efforts to further exclude same-sex couples’s ability to marry. Because of Matt’s work, tens of thousands retained healthcare they otherwise would have lost, local governments received the aid they required to keep property taxes down and ensure they had adequate police and fire services, and schools received crucial funding increases, reversing Republican cuts.

After leaving the legislature, Matt created Minnesota 2020, a nonprofit dedicated to fostering discussion and debate in four key issue areas vital to Minnesota's future prosperity: education, health care, transportation and economic development. Matt currently is currently the board chair for the nonprofit ASSET Campaign, an organization dedicated to fighting human trafficking and slavery.  He is also a former Senior advisor on Energy and the Economy to Minnesota Governor Mark Dayton. He is active in the Lutheran Church and has served on numerous local and national boards.​

Matt continues to serve our community through the Entenza Law Firm.